Self Defence Tips with Upwey Tae Kwon Do

Self Defence Tips with David from Upwey Tae Kwon Do 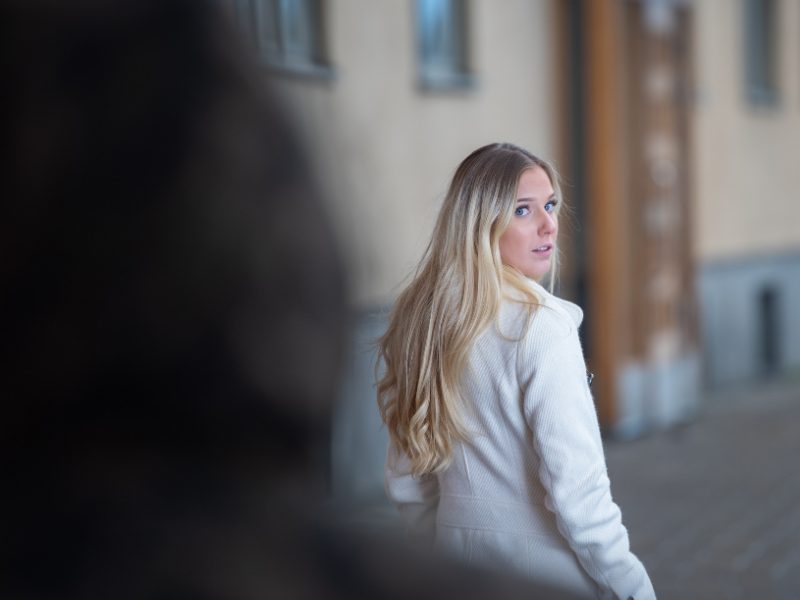 Just as wearing a seat belt makes us safer in a car, developing positive habits can make us safer in life.

This guest article has been published on behalf of David from  Upwey Tae Kwon Do and Self-Defense. While currently unable to hold classes in person due to restrictions, Rhee Tae Kwon-Do Victoria are offering free online classes for everyone via Zoom. Details are available at https://rheetkdvic.com.au

Victims of crime are just that – victims – and should never blame themselves or wonder what they did wrong or did to deserve some sort of punishment.

Although these instances of violence are often out of our control, there are things that we can consider in order to minimise our risks.

We are born with a natural instinct for survival and self-preservation but in our modern ‘civilised’ society much of this instinct has been conditioned out of us. The victim is often punished along with the perpetrator, especially as children in school when rules against ‘fighting’ often punish the victim as well as the bully. We learn that standing up for ourselves is going to get us into trouble and therefore it is best to do nothing. We become programmed to be victims.

Why would I be a victim?

The more likely reasons a person is chosen as a victim are:

So how can we minimise these risks?

Although assaults often appear to be random they are not totally. The media often makes big headlines about a number of attacks in a particular area, indicating that people in these areas are at greater risk. Fights outside of hotels and night clubs are a relatively common occurrence and we all know of ‘those places’ to avoid at particular times. Is there greater risk of assault at a football match or a netball game? Think of a few places that you know are high risk and why they are that way. The safest place to be when there is an assault about to happen is somewhere else.

Did you think of “the Home”? More violence occurs in the home than elsewhere, yet it gets very little press. Become involved in quelling domestic violence and we will have less violent children. Blessed are the Peacemakers.

Be aware of your surroundings, what you are doing and what those around you are doing. Plan ahead so as to limit your accessibility to danger. For example when you go shopping and intend to follow up with an evening dinner or a film, think about where you park your car so that when you return to it late at night it will be close at hand. This may mean moving your car between the shopping and the film. Plan ahead to be safer. Although it is unlikely that anything may go wrong if you don’t move the car, you will be less stressed with a short walk back to your car after dark than when you have to wend your way across a poorly lit, half empty car park. You made yourself less accessible to danger through a little forethought.

As an exercise think about this scenario – You are walking along a poorly lit street between a row of parked cars and building fronts. Where would you walk so that you are least accessible to any potential attacker? Pre-thought, Pre-planned – Prepared! By walking along the footpath facing the on-coming traffic and thus the front of any parked cars, you are better able to look into cars and see if they are occupied. If you come from behind parked cars then it is difficult to see inside but also an occupant can spring open the door which can then act as a trap. By approaching the front of a car, when the door is opened it will be between yourself and the occupant. Should the occupant appear threatening you can turn and run or kick the door closed. You are less accessible and more aware of car occupants when approaching from the front of a vehicle. Don’t be afraid to cross the road or walk back where you came as if you had changed your mind rather than take risks passing a parked car with suspicious occupants.

Fear expresses itself in our body language, such as downward looking, clutching at our belongings or suddenly changing direction. Develop a confident walk, be erect and looking at your surroundings with a goal in mind, even if it’s only the next corner. Hold your belongings in a relaxed but firm grip. With a little practice you will appear more confident and less vulnerable.

Observe other people and assess their availability, accessibility and vulnerability. Whom could you attack and why? Why do some people appear more vulnerable than others? What habits can you change so as to make you less of a target? Hopefully no-one is still leaving their handbag sitting on top of the shopping trolley! Learn from the mistakes of others and understand what is confident body language and, like an actor, fake it until you make it.

Observation and practise will create new habits that minimise your availability, accessibility and vulnerability resulting in a more confident ‘you’ that is less likely to become a victim.

Learning the Art of Self Defence

Self Defence is much less about one’s ability to fight and more about knowledge of one’s self and environment. Standing up for one’s self does not necessarily mean fighting but rather being assertive or being involved as an onlooker when someone else is being victimised. Prevention is better than cure.

Many people take up, or send their children to martial arts classes in the hope they will be better able to protect themselves but many clubs today have a more sport focus. When seeking out a martial art club decide how your personal priorities align with what the club offers. Is the priority creating skills and fitness useful in competition under a set of rules or creating both physical and mental preparation in order to be confident and safe in day to day living? Upwey Tae Kwon Do and Self Defence is a branch of Rhee International Tae Kwon Do which is Australia’s first and largest Tae Kwon Do school with hundreds of branches across Australia and New Zealand. Their focus is on self defence through the ART of Tae Kwon Do and are not involved in competitions but focus on self protection training for the whole family.